EGLOBALPRO
ICAREPRENEUR INTERNATIONAL NETWORK
This program is design to increase individual organisation asset by having their own business account from Eglobalpro Pte Ltd. Every account have a potential of making money and there is no limiltation of buying more Eglobalpro business account. Every product purchased from Eglobalpro will indirectly helps every icarepreneur account generated in our Generation 3 System. This is a unique platform for every muslim entrepreneur to help their network earn using a virtual technology platform to raise fund. 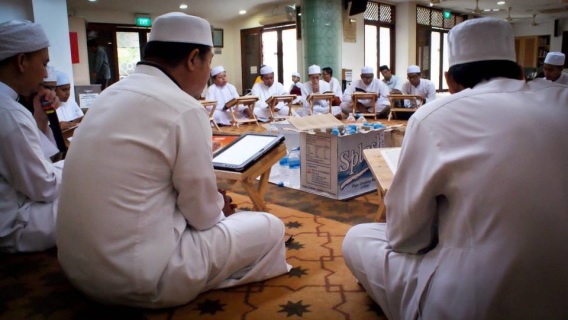 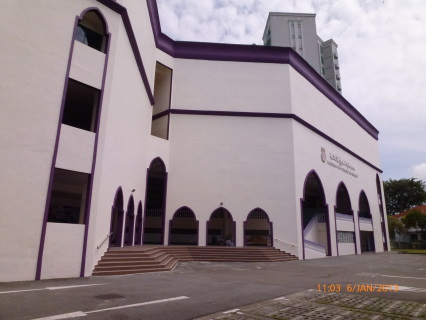 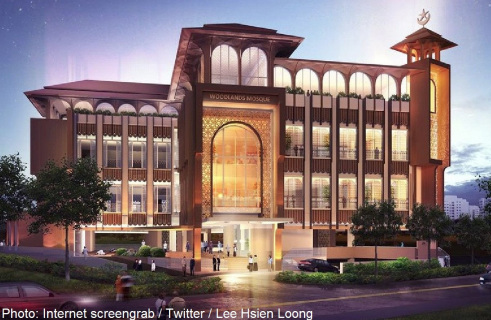 $37.50
View Details
Named after Singapore's first President, the new Yusof Ishak Mosque in Woodlands is expected to be ready by the end of 2016. Located at Woodlands Drive 17, its design will be a blend of traditional mosque characteristics incorporating distinctive features of a tropical Malay house, such as overhangs and verandah. Elder-friendly facilities like lifts and ramps will also be built to cater to the increasing number of elderly congregants. An interactive pod will also be available for the youths to make use of.

Speaking to the media, Minister-in-charge of Muslim Affairs Yaacob Ibrahim said, "Our late president was a pillar in terms of the values which he holds dear, especially in terms of multi-racialism and inclusiveness." He also expressed hope that the new mosque would be able run programmes that will involve the community at large, promoting social cohesion and racial harmony in Singapore.

Prime Minister Lee Loong, in his National Day Rally Speech on Sunday, mentioned that Singapore will honour Mr Yusof Ishak by having a new mosque in Woodlands named after him: Masjid Yusof Ishak; Renaming the Institute of South East Asian Studies (ISEAS) as ISEAS-The Yusof Ishak Institute and having a professorship at NUS, the Yusok Ishak Professorship in Social Sciences.

Masjid Yusof Ishak will be the 26th satellite mosque to be funded by the community through the Mosque Building and Mendaki Fund (MBMF) The mosque will be able to accommodate up to 4,200 worshippers and the structure will cost S$15 million to construct. 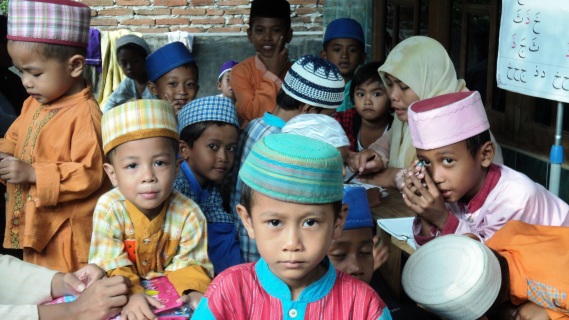 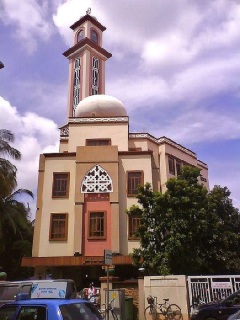 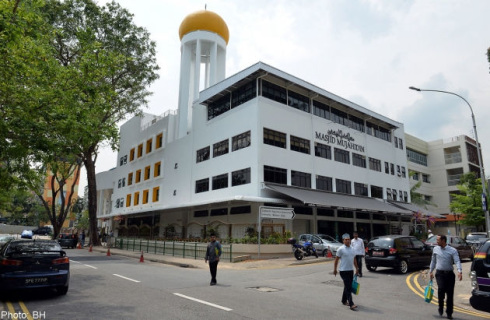 When a person leaves the world, all his or her dealings will cease except for 3 things:
1. his or her SADAQAH
2. BENEFICIAL KNOWLEDGE
3. AND A his or her PIOUS CHILD WHO CONSISTENTLY MAKES SUPPLICATION FOR THE PARENT
and…Allah S.W.T says in the Quran Surah Al-Baqarah Ayat 261:
“The parable of those who spend their substance in the way of God is that of a grain of Corn. It groweth seven ears and each ear hath a hundred grains. God giveth manifold increase to whom he please and God careth for all and know eth all things.”

Masjid Mujahidin need your support to raise funds for the upgrading of the Mosque. As Masjid Kg Holland is closing down next year, Masjid Mujahidin will require to expand its infrastructure
1) To increase their space to cater for a 1,000 more jemaah
2) Build lifts and ramps for the older generation to easily move up and down.
3) Upgrading of toilet
4) Upgrading of Auditorium
Therefore they have to raise 3 Million in funds to pay for this.
MUIS have contributed $1 million for this upgrading from the MBMF funds and hence the Mosque Fund Raising Committee have to raise the remaining. They hope to achieve this target in 10 months which they have started Project Sinaran since January 2013.
There are looking for 4,000 willing donors to come forward to donate at least $50 for 10 months ~ $2 Million.
- See more at: http://www.islamicevents.sg/fundraise/8#sthash.5qprrcb5.dpuf

Masjid Mujahidin is the second mosque designed by the Housing and Development Board (HDB) under the Mosque Building Fund (MBF). Built at a cost of $900,000, the Mosque was officially opened on 9 October 1977 by then Acting Minister for Social Affairs, Dr Ahmad Mattar, to house a growing number of worshippers and provide adequate facilities to conduct religious classes Islamic learning programmes. Before the existence of the mosque, religious classes were conducted at the nearby Police Reserve Unit as the surau or prayer halls within the estate were not large enough.The Mosque was the result of 11 years of hard work in planning and fundraising by the Muslim community in Queenstown who collaborated with Majlis Ugama Islam Singapura (MUIS). The Building and Construction Committee of the Mosque was first established in 1967 to organise fund-raising through the sale of calendars islandwide and food bazaars conducted in nearby housing estates. When it opened in 1977, specialised departments in education, youth, religion and welfare were established at the mosque.

An Annexe building was later built to house the administration office, a boardroom, classrooms, a multi-purpose hall and a computer room. It was completed and officiated on 4 December 1982 by Dr Ahmad Mattar, Acting Minister of State for Social Affairs and Minister In-Charge of Muslim Affairs. In 1994, the mosque added its rear wing with classrooms. It was completed on 26 March 1994 and officially opened by Encik Abdullah Tarmugi, Acting Minister for Community Development and Minister in-Charge of Muslim Affairs.

Due to the demand for more prayer space and to meet the changing needs and expectations of the community, the mosque was upgraded in 2013. New spaces and barrier-free facilities were introduced when the upgrading works were completed and officiated by Dr Yaacob Ibrahim, Minister for Communications and Minister-in-Charge of Muslim Affairs on 4 April 2014. The upgraded mosque also incorporate an office for the Kampong Holland Mosque Committee to plan and implement programmes and activities for congregants from Holland Village and Buona Vista areas. 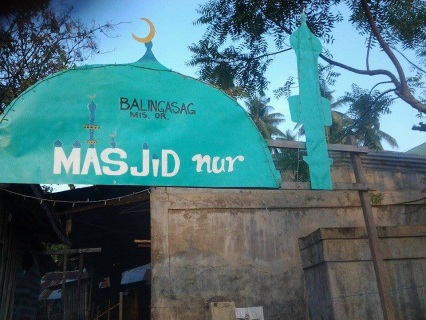 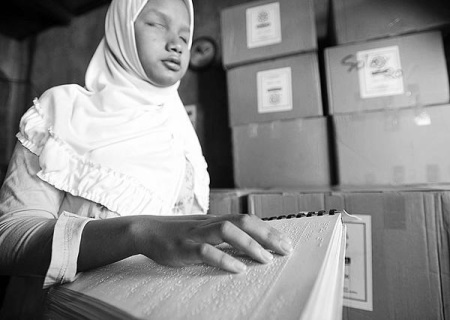 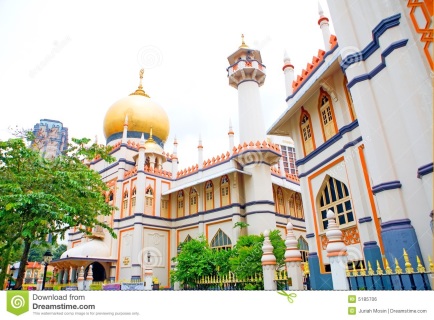 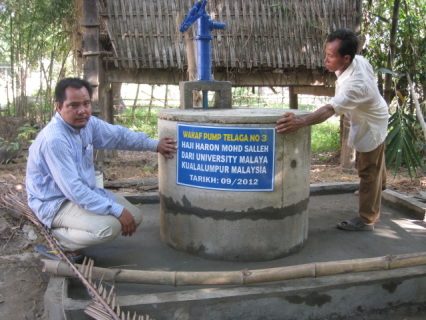 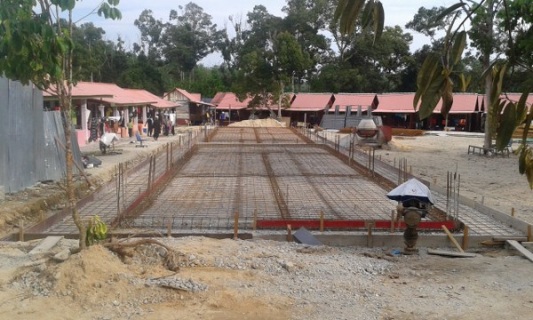